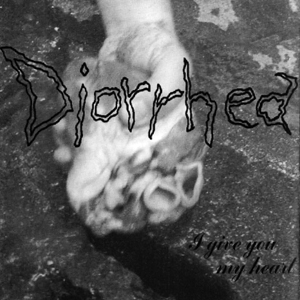 Much better we go with Diorrhea, even if i wouldn’t have dared to say so judging by the pictures alone, ahah, what a lame ass I am sometimes. Actually Diorrhea deliver a powerful grind attack with the occasional idiot speech inside but not as pervasive as in Fetus Eaters (I don’t know hos is it in other countries, but in Italy if you play grindcore you have to make funny faces and speak about idiot stuff between the songs, that’s routine). Diorrhea is actually quite a bastard beast and play straight to the face old school grind with whacked ultra fast chords and shit, I definitely like it. The vocals are not very powerful, but the shrill sound isn’t bad either. You got some extra growls but they’re just a marginal thing. The riffs are basic, there are a good share of blasts as in the old school tradition yet we’re quite far from the Swedish mates. Fast, cutthroat grind with double vocals and no super-polished bollocks. Get this stuff if you’re into grind, it’s quite good.