Website has been upgraded to WordPress 2.3.2 latest version. I will customize it tomorrow and fix some details like plugins and CSSs. I know the site looks nice but terribly broken, since the new WordPress version will probably make little changes in the front interface, I take the chance of this short holiday to fix some details. I have TONS of promos waiting for reviews, I apologize with labels and bands, I assure you I will do better once I fixed a few things on the website.

Later now (my first beer can chicken is awaiting me tomorrow and I need to get up early!). 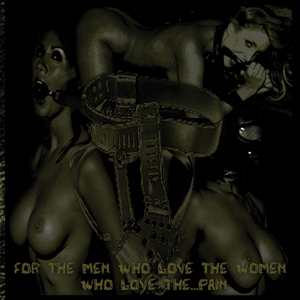 Epileptic Fist Fuck cannot definitely be described as a goregrind band at all: their complex guitar work, triggered double bass and double vocal style that comprises a more froggy, controlled approach sets them on a ledge closer to strictly “brutal death” bands in my opinion. Not properly Devourment nor Lividity, we’re talking about something a bit more modern. I guess this could easily be a Lacerated Enemy release if you know what I mean. The lyrics are not present but the song titles are a bit in the vein of Incestuous, Retch or Waco Jesus, just to name one of the more acclaimed bands of the moment. I am not particluarily enthusiastic about bands where the drums sound like morse code, but it would be unfair to say they also blatantly suck. They play a decent brand of Brutal Death with multiple vocal layers, a clicking drum sound wchich is defintely not the best, and some miscellaneous ideas thrown in. I hate the funny bridges like “never had a blowjob”, this thing is getting quite boring don’t u think?

I already knew these Grumo songs, this band keeps playing their simplicistic, bare, punkish high-school semi-goregrind with some signs of improvement in the field of song writing, but it seems the ideas a re a bit stale. The recording is still quite bad, the sound way too thin for a sludgy goregrind band, but in the end I appreciate the noise bursts of rage a la Anal Cunt. I would personally hack away 80% of the riffs and crappy shouts and change the recording to something way more massive, and we could get something fun to hear. I still cannot bear Italian lyrics but I am slashing at an open wound ehe.

Phlegm Thrower is so far my favorite in the bunch. Totally crazied, sick goregrind with machinery like vocals and a sound so sick and dirty it makes the headphones fizzle. Not ad bulldozing as Carnival of Carnage, but definitely a good shot of insane noise-gore-grind with super intestinal vocals. It always seems as if this guy is about to puke big chunks of vomit. I heard this sound on a japanese movie I saw once, when this girl was filling a vat with retch and drank it all back. This band is damn sick, I will make an exception to the rule of being sick of drum-machine bands, as this is actually fun. Everything here is casual, but in a deranged way, not for amateurish efforts. Cool.

Satsugai are not doing anything very special. They sound a bit like a cheap version of Gonkulator with extra high-school grind thrown in. There are hints at the Meat Shits, but mostly it’s a bunch of riffs roughly sewn together. They squeal, they shriek, they croak, but when things get interesting a new French intro gets between the balls, and well, that’s not what I personally expect. The recording gome and goes, and it really sounds little more than a rehearsal. Not rough and not sick enough. And those Sikfuk like vocals are not very fitting the songs either. I step further, thanks.

Malignant Germ Infestation is nice.They remind me a bit of Anal Probe Android. Very artificial sounding, even close to rave music, but with bullfrog-like vocals. The drum machine is definitely cold, but this time it fits the scheme quite well. Here we have curious hybrid of heavy disco electronics and sludgly goregrind which I somehwat liked. This is probably not something I will hear often, but the whole thing has a sick reason to exist. I don’t even know how to explain. This is however much better than stuff like the latest Gut or Space Shiters – by a fucking score. Very weird, and possibly the strangest of the 6 bands contained herein. I still prefere Phlegm Thrower, but this comes definitely second.

The layout is, as usual, routine 3 minute Photoshop work, with stretched band pics and unreadable data. But what the fuck, one day we might as well miss these days of genuine artistic incompetence  ah ah!

Oh shit, this is nice. Grindfest from Poland keeps popping sick Cds like a fat rabbit milady. Holland’s masters Intumescence collect here 6 years of insane sludgy goregrind (of which admittedly a good part are live tracks). Total respect for their choice of covers (Carcass, Exulceration and Dead Infection, the fourth one is by that super shit gay band called goatsnake – no capital letters for this fags, this shit is so fucking trendy today), which are pretty explicative of the kind of grind they offer, a kind of goregrind with an imprint which it seems has been forgotten nowadays, a work of a real band with real drums and a honestly sewage sound – not studied beforehand to sound vintage at all costs, you know, shit like Striborg etc. The vocals here are a grume of blood and spittle, deep and sticky of yellowish phlegm, the sound super-low and grating, almost in the vein of Carnival of Carnage even if not THAT noisy. I like the fact that the guitarwork too is not crusty or rock’n’rollish either, the riffs are totally unmelodic and twisted, even if quite simple. I got a bit bored of all this happy party sludge grind for east Euoropean post-festivals: this stiff is really sick and disharmonic, as grindcore used to be in the beginning, and I mean late eighties. Even the live tracks have their own fascination, not particularly worse sounding than the “studio” tracks. The sound manages to stay thick, and the whole thing reeks of mold and shit, absolutely cool. Good blasting and goregurgling like this genre is meant to be. Full thumb up for me. Buy or die etc etc. The packaging is the only kind of weak spot, difficult to read, and quite basic, just song titles and little else, with paper a bit too thin to stay rigid in the booklet, but otherwise not real terrible after all. We need more goregrind like this.