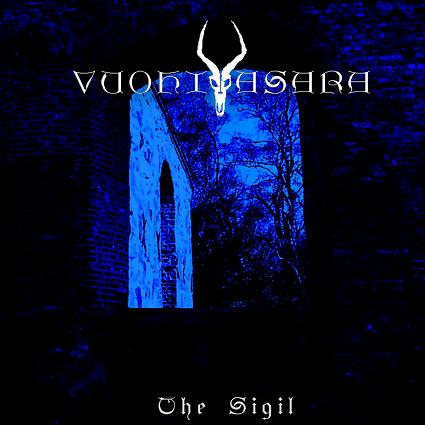 I am surely getting annoying but I have to strengthen my assertion that is not the kind of black metal that i “feel” being real Black. Vuohivasara means Goathammer in Finnish, which is a good name for a Black Metal band even if Finnish always sound a bit too sweet for this music to my ears. And well, of corpse they’re from Finland too, fool.

Vuohivasara plays traditional post ’90 Black Metal, something that has become surprisingly rare today with this recent Blasphemy revival (damn, I would have never thought to say these words with contempt one day just ten years ago). Fast, cold, eerily melodic but encrusted with a hammering combination of Kill/Watain touches which gives the music extra variation compared to that shit that was so popular in Norway last decade. I personally spite this kind of vocals, definitely too high pitched to sound demonic, but musically this is not bad stuff: the songs have a definite form and the guitarwork is decent, with solid drumming for this kind of music. Other that that there is not much to say, you got some dissonance and remote choruses in the background at times too, even if it’s nothing as orchestral or sophisticated as Deathspell Omega. Good production too, raw but definitely clean, honestly I am not caring much when we talk Black Metal about it anyway.

The booklet is indeed well cured, with interesting lyrics about sacrifice and incantations of death which are always a pleasure to read. Simple layout but at least something looking professional from this good Mexican label called Iron Blood & Death. I suggest you to check out their releases becouse apart from this one which I deem too average, it also has some interesting things in the roster.