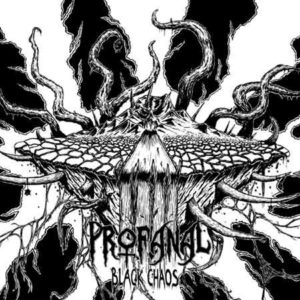 Here it is, we finally delivered. One stays out of the local scene (please don’t start bitching about the use of the word “scene” if you can find another, less sabotaged term to describe a collection of bands playing extreme music within the boundaries of the same country, it’s your problem, not mine) for a decade and when you’re back you suddenly realize your country has produced more great releases in a year than the decade before you started drifting abroad. So this is it: my country is now able to release stuff like this monumental piece of Metal of Death that could as well being recorded in some cheap studios in 1990, with that acrid, crushing sound that was typical of that time (and broadly exploited in books like “Swedish Death Metal” and “Encyclopedia of Svensk Dodsmetall”), by  skinny teenagers dressed in checkered plaid shirts.

Let’s start from the very beginning, though. The packaging is quite nice: we have a tentacled Lovecraftian monster of Seagravean symmetry on cover, and we know that tentacles are very high in the scale of Death Metal subjects. It’s maybe a little bit cartoonish, but I certainly praise the choice of a black and white layout. Hell, you could not go wrong with lineart black and white. Well you can, actually, but this is not the case. Two big surprises await me as I open the booklet. It is 8 pages long (wow, no shitty folding leaflets this time?), and has LYRICS inside. Lyrics, for fuck’s sake, sounds like ages since I read any good ones. The writing may not be the best I have ever read, and sometimes the grammar is not entirely correct or elegant, but here we have DEATH METAL lyrics about suffering, death, grief, zombies, demons – themes that should always be in a Death Metal album. Fuck yes. Thank you, thank you very much.

Soundwise, there is very little to say here, but that is far, far from being a complaint. I might go digging some obscure reference for names of Swedish rehearsal bands of the early nineties, but I suppose Dismember are the greatest and most blatant influence here. I’d dare to go into little more detail and say their sound is a mix of ALL the Dismembers of all eras and not just the early ones (oh and excluding that tragic album I won’t name with the space marine on cover, of course). The uncompromising brutality of Grave is certainly another fitting element of description, as is Carnage‘s hyper-loose riffing and decrepit sound. If I was to play in a band today, I would play this shit, I have no doubts about this. Profanal (which does not stand for Professor Anal if you ask, that might be their pornogrind side project) love real Death Metal and play Death Metal. Swedish Death precisely. They play it with no frills and not a single iota out of place. Metallic, distorted chords with anguishing screams and a bucket of rotten blood smeared all over.

Color me impressed, this is one of the best Death Metal bands we have in this country right now.