Warning: Invalid argument supplied for foreach() in /web/htdocs/www.nuclearabominations.com/home/wp-content/plugins/seo-ultimate/modules/rich-snippets/rich-snippets.php on line 172 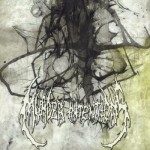 This might not be the latest work by Murder Intentions from Belgium. According to what I read, they also released an EP last year even though it doesn’t sound radically different from this album, what I write here can also be said for this new work (but thank you Soulflesh Collector for the promo). I might be particularily uninspired today but even after a second listen, I can’t but state that… they sound to me likewise uninspired. The very first thing that blossoms in my mind right now is that these guys must probably be quite young, the kind of young that makes you consider Pantera a strongly influencing band for Death Metal, you know. They certainly have a lot, and I mean a lot, of tempo changes and riffs and growls and screams and what have you, with a super-thick, massive sound which perfectly suits the crushing mid tempos and occasionals slam beats, yet they seem to be missing the non-stop barrage sound of more established names like famous neighbors Pyaemia or Disavowed). This is a band that probably focused its efforts on variety and complexity. and mind me, they are probably doing it properly too, but I am probably not going to pick this record up for the next car trip. This is the problem with 5th generation Death Metal: it might sound technically perfect,, but missing a spark of either energy, or utter brutality. The sound is thick and very metallic, with the distorted bass giving an extra layer of thickness to the overall heavy groove, almost Skinless-like when the singer growls during the heavies breakdowns. Yet, generally speaking sometimes less is more. In any case, good product, but won’t take place in my shelf. Good work with the booklet, even though I have seen this layout of work ever since the times of Corpse Gristle and Ablated, maybe it is time to level up here as well? Lyrics are not written in the booklet, but generally deal with the complete unleashing of energy and fury into destructive force. It’s undeniable that Murder Intentions have a good deal of blasting energy, it just sometimes fall in unexpected directions.